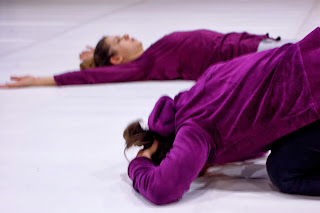 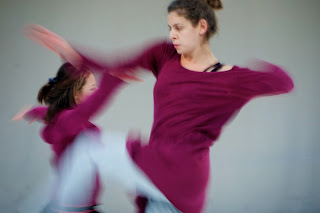 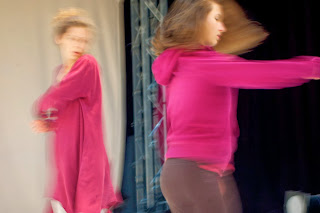 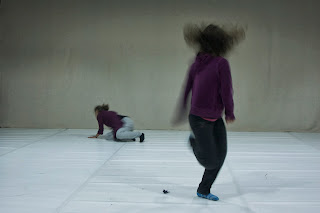 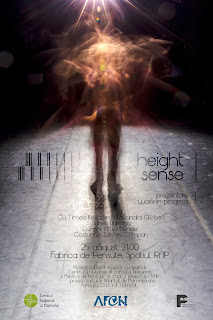 by and with Andreea Belu, Catrinel Catană, Kovács Tímea
2012, Bucharest 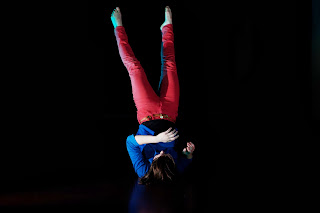 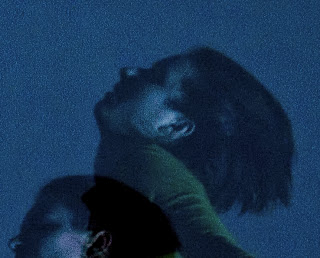 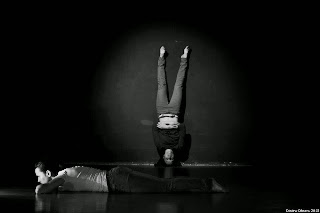 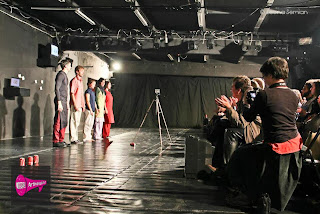 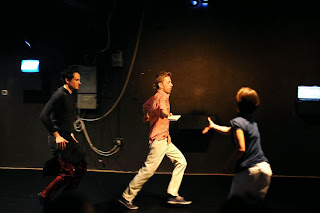 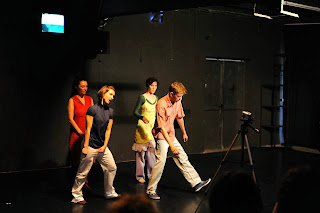 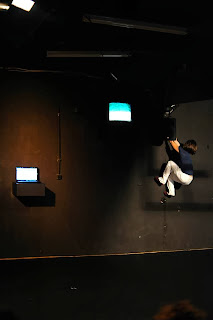 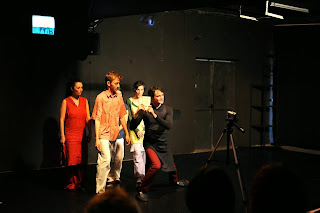 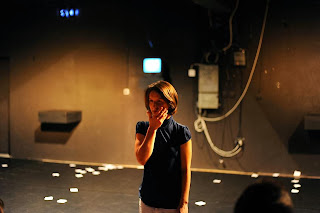 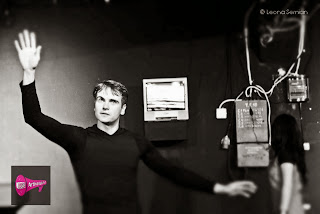 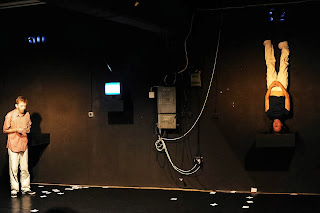 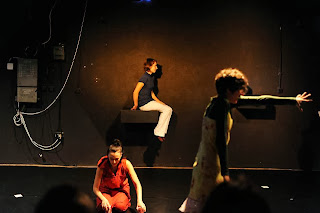 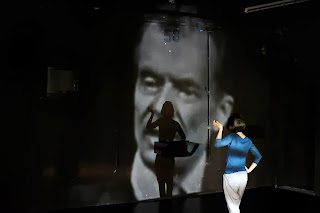 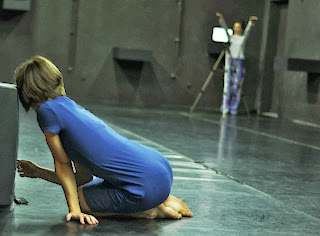 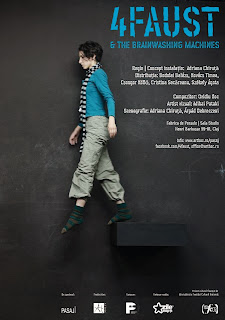 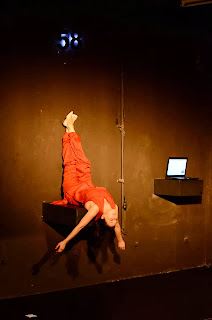 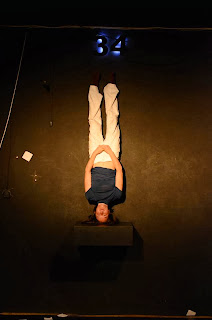 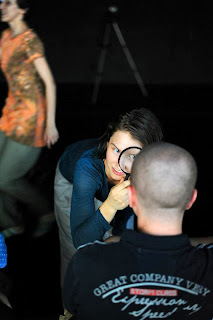 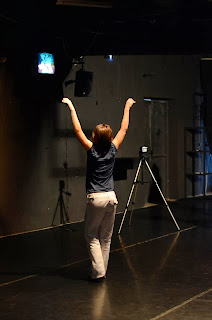 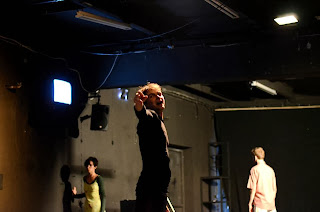 The 4 FAUSTs, who refuse their Faust identity and a Mephisto, collector of Fausts' contracts, meet in a laboratory where people accept to transform themselves into subjects of an experiment. The experiment is called 4FAUST & The Brainwashing Machines and implies a continuous exposure of human subjects to the screens. The 4 Fausts want to save humanity by experiencing on their own the consequences of excessive new media consumption. Mephisto wants to save the 4FAUSTS from total brainwashing by making them accept a better contract which at least offers them freedom.Starting from the social reality of the contemporary man's isolation into the virtual space, the key questions that developed this performance were: What scenario would follow the relationship of Mephisto with contemporary Fausts? How useless is Mephisto for nowadays Fausts? What need pulls us (as well as Faust) away from our own reality? Why our lives more and more take place in our screens? What happens to the body of someone constantly exposed to the flow of media messages? And even more crucial: what are the dangers of excessive virtual consumption for our mind? 4FAUST is a post dramatic and polyphonic performance about freedom and about completely losing it , an invitation to a journey into the world of commercial brainwashing, into our world (a brave new one) where humanity is ecstatically perorating about the pleasure of watching the screen while eating chips and Big Mac, about the preference of TV figures instead of the real ones, of monsters escaped from cartoons feeding themselves with human brain, of information taken from sciences and neuromarketing, of the supreme fulfillment of drinking Coca-Cola and praying to God in the same time. Directed by | Adriana ChiruțăCast | Agota Szekely, Timea Kovács, Cristina Secăreanu, Csongor Köllő, Balázs BodolaiComposer | Ovidiu IlocVisual Artist | Mihai PatakiSet design | Adriana Chiruță, Árpád DebreczeniScenario and textual collage | Adriana & Felician ChiruțăProduction manager | Corina Bucea4FAUST & The Brainwashing Machines is a cultural project funded by the Administration of the National Cultural Fund from RomaniaProduced by: Art-Hoc Association | PASAJPartners: The Paintbrush Factory, The County Center of Resources and Educational Assistance Cluj. ________________________________________­_________PASAJ | is a laboratory of performing arts involved in creating mainly experimental performances which arise from state of facts that alter the usual behavior of individuals as well as societies today, from axes of change and nodes of tension that we consider decisive in the contemporary world. Also we have a keen focus on finding a common training for dancers, actors, musicians, visual artists and on reaching through this a shared creative ground with no border between contemporary art fields (Pasaj = Passage).
Publicat de Tímea la 08:31 Niciun comentariu: